Basingstoke on the Saturday brought red rosettes for Sue Garner with Alice (first in Novice Bitch) and Anna (first in A Bitch).  Also in the places was Sally with Nelly, second in A Bitch and was also fifth in B Bitch.

Petersfield was on the Sunday with Dave Ford first to gain a red rosette with Monty with Bex handling Logan today fifth, and Finuala with Ruby sixth, in the same Special Pre Beginners class.  This was then followed by Pete with Zeb, first in beginners, and Lyn Collins with Quirky getting her second first in Novice.  Also in the places, Lyn with Jagger, second in C Dog, Ally and Merlin, 3rd in A Dog.

Anna, Alice and Sally with Nelly from Basingstoke 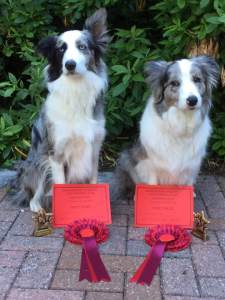 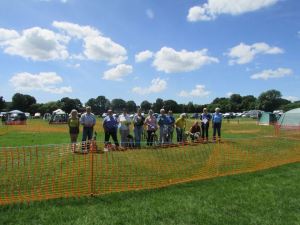 Zeb with his red rosette then Quirky (red) Jagger (blue) and Merlin (yellow). 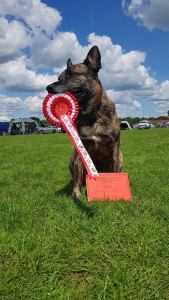 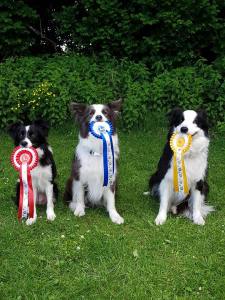